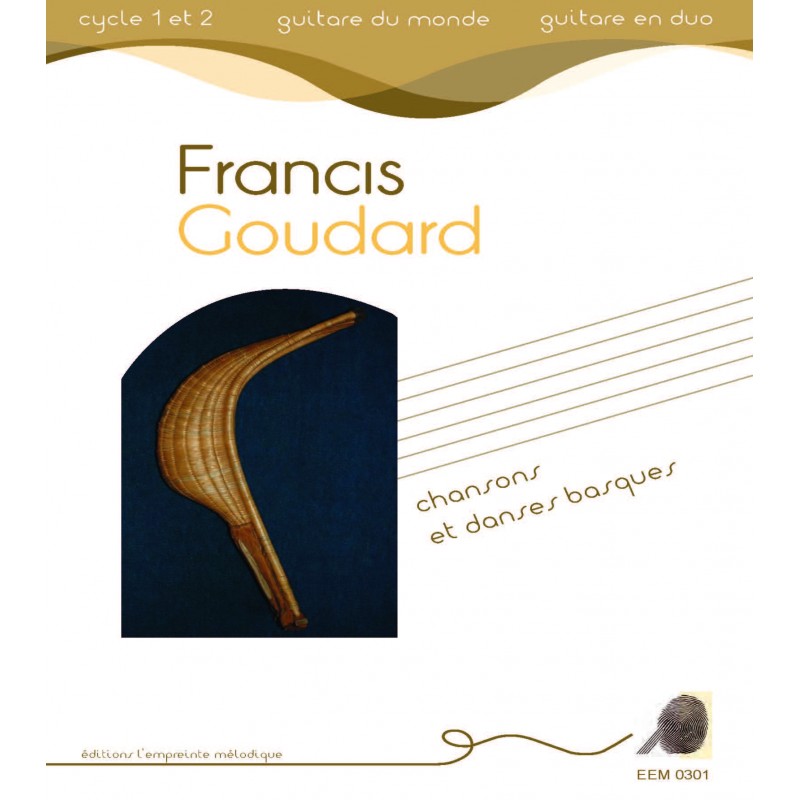 CHANSONS ET DANSES BASQUES
for two guitars by Francis Goudard
Editions L' Empreinte Melodiques.
20pp (score only)
Here are nine little duets, not too difficult, based around the folk music of the Basque area; that being the area in the western Pyrenees that spans the border between France and Spain. Its music and culture and language are all unique to that area,
and sound neither Spanish nor Italian, but quite separate from each of them.
The first piece Nik Badut Maitenobat is a charming mixture of 2/4 and 3/4 and leaps and darts around in a most beguiling way, and is very catchy in its harmonies and rhythms.
Itsasoa is an andante cantabile, set with rolling arpeggios in part 2, against a warm melody in the top part.
There is no need to mention every piece here but you can be sure that the entire set is great stuff, very interesting melodically and with plenty of interesting rhythms but not too hard on either of the players.
So, to summarise, any group of these would sound wonderful in a concert, as their sound-world is just that little bit different from anything else and that is what makes them such fun to play and to hear.
Chris Dumigan