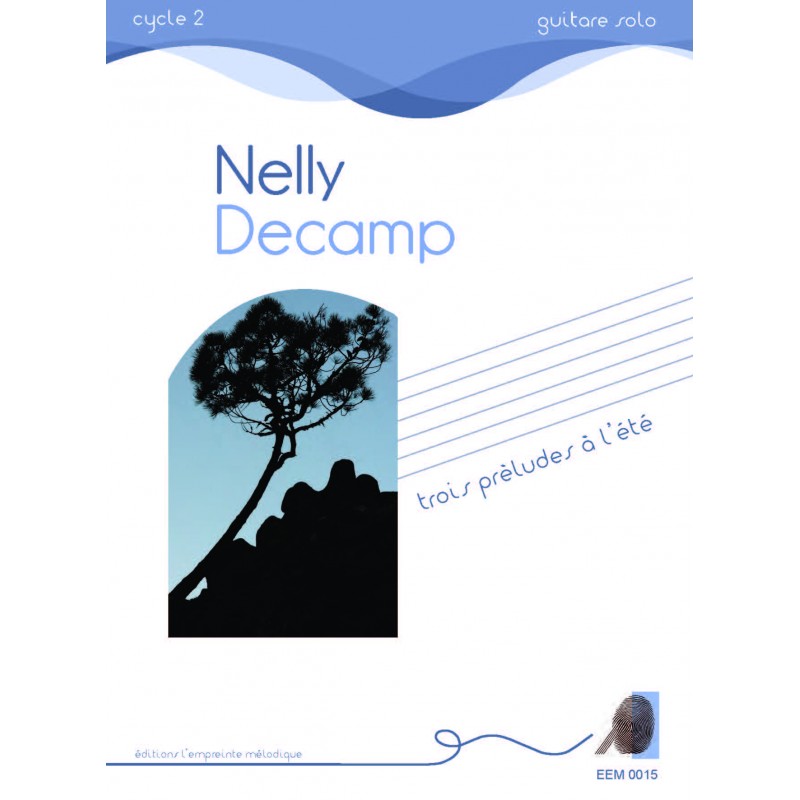 Nelly Decamp's music is always wonderful stuff, highly melodie and individual with more than a touch of jazz along the way.
This latest little trilogy of pieces takes as its starting point the very guitaristic way one can place notes or a chord high up the fingerboard alongside open strings to create a shimmering effect that no other instrument can copy. Certainly it does give a
very summery texture to much of this music as evidenced by the title.
No1 is marked Libera come una improvvisazione and begins with a rising arpeggio-driven melody crossing over several strings and then topped by a glissando of a chord made up of two consecutive fourths. The idea is embellished on different chords before a set of arpeggiated chords run rapidly down the fingerboard ushering in a return to the opening, now slightly varied before a close on a gently clashing arpeggio topped by harmonics.
No2 is slower and more expressive and begins in the minor, only moving to the tonic major in the middle section; itself a variant of the minor key's opening theme. Again the gentle clash of stopped and open strings against one another plays an
important part.
The final prelude is an Andante with a gently emotive idea full of the aforementioned clashes, and is slightly longer than the previous two with a flow to it that makes it a successful conclusion to what is a beautiful set of pieces, which are melodie, and
constantly entertaining and only of a moderate difficulty. They deserve to do well.
Chris Dumigan