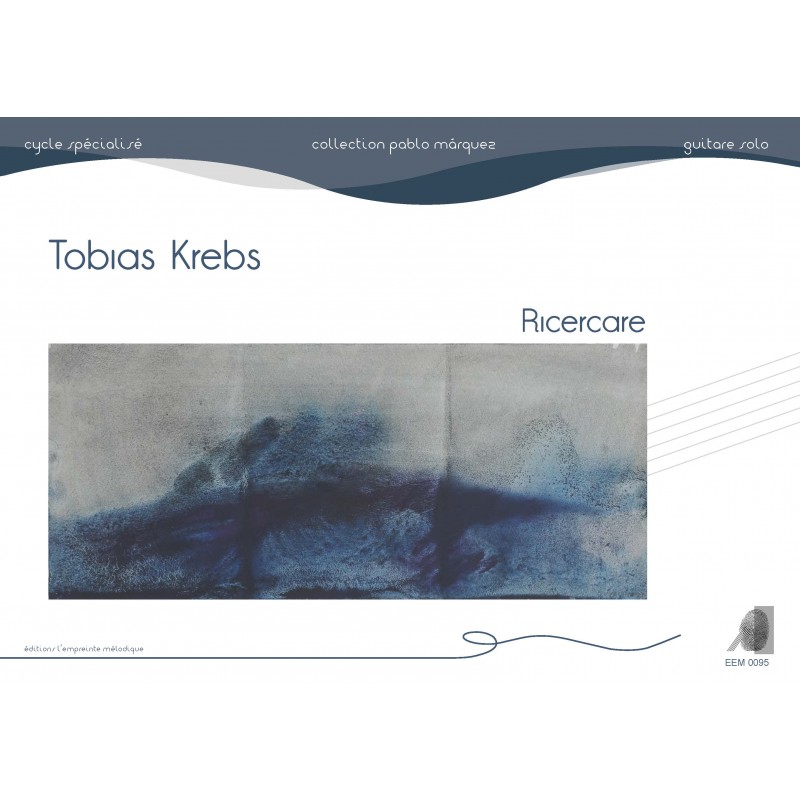 Tobias Krebs is a young Swiss composer whose name is beginning to resonate on the European music scene. Trained as a guitarist, he undertook composition studies at the Musik-Akademie Basel between 2012 and 2017. The Basel Plucks Festival, which takes place every two years at the same institution, commissioned him to write a new work for its premiere in 2015. As soon as I received the first pages of Ricercare, a title that positively conveys the Early Music idea of a wondering and fluent improvisation, I was completely seduced by the novelty of its language and the completely unheard sounds that emanated from the guitar. I then realized, in amazement, that I was witnessing the birth of a masterpiece. A first version was premiered at the festival, and then a long process of revision of the work led to a new and definitive version that saw its premiere at the Ticino Musica Festival in Lugano in 2019.

Very impressed by the work of the American composer Harry Partch (1901-1974), an emblematic figure of microtonal music and creator of an instrumentarium capable of meeting the temperament requirements of his compositions, Tobias Krebs chose the tuning of one of his instrument, a Kythara, as the starting point for writing Ricercare. However, this basic tuning remains hidden from the listener by means of a movable nut (or pencil) until that very theatrical moment when it is removed to let a chord prepared in advance by the left hand resound. The use of the pencil and its different positions has the effect of multiplying the harmonic possibilities of the instrument and creates the illusion of playing on two distinct instruments simultaneously: never before seen in the guitar repertoire!

This is followed by a development in which the Kithara tuning, although never appearing through the open strings, reveals all its expressive potential and then the mobile nut is reintroduced in a kind of recapitulation, with the addition of a third spatial dimension, the notes behind the "real" nut. A guitar multiplied in a thousand colors. The end is particularly touching, with its obsessively repeated harmonics, and which, with the last three chords, lets us hear for the first time the Kithara tuning in all its strange beauty, as a revealed enigma.

I am convinced that Ricercare is a unique contribution to the guitar repertoire, and that the piece will undoubtedly make its way to the music-stands of the young guitarists of tomorrow.